Request A Quote
Call Us Now 0113 3204242
Have a brand new A+ rated boiler installed and start saving money on your gas bills right away.

There certainly are a lot of great conveniences to having central heating with a gas boiler, still, every once in a while, you’re quite likely to run into a problem.

Even though it’s entirely possible that the problem you have may be unique, the large majority of the time you’re most likely to realise that your boiler problem is a typical one. This guarantees that choosing the correct resolution will be much simpler and quicker than what you thought.

A good deal of boiler issues can in fact be prevented by having your boiler serviced regularly, we strongly recommend a minimum of yearly. 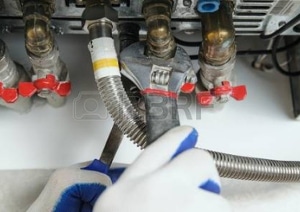 1. No Hot Water – Ultimately, your boiler is not carrying out its function when this occurs, and there are a few possible causes.

The easiest and first things for you to inspect are the thermostat and the boilers water pressure. If it’s any one of these problems then follow your boiler manufacturers guidelines for correcting these issues. If it’s none of the problems above then you should call a qualified and Gas Safer registered boiler engineer to check out the problem safely.

2. Your Boiler Is Leaking Or Dripping

Leaks and drips are an obvious indicator of a potentially much more severe problem, but except when you’re qualified to do so you should not make an attempt to identify the problem yourself. A lot of the causes for your boiler to have leaks or drips are going to require an authorised boiler engineer to repair them. Leaks and drips are often brought on by a broken pump seal or pressure valve. After it’s replaced, you might need to turn down your boiler’s pressure, your boiler engineer will be able to advise you on this.

3. Odd Noises Coming From Your Boiler

Maybe easily the most apparent of all boiler issues is when your boiler begins to generate unusual noises, like gurgling or banging. It’s probable that air is trapped inside of the heating system is the issue, but it could possibly also be because of low water pressure. However, the problem can also be a lot more serious, such as your boiler reaching the end of its life and you need a brand-new boiler installed.

4. Pilot Light Is Not Lit

The solution for an unlit pilot light is simple, simply relight it. However, before trying that you need to check out your heating system to determine if there’s an even more dangerous issue first. Issues you might spot include:

If you do notice anything that you think might be a problem then you need to get in touch with your local boiler engineer to check out and if required deal with before you try to relight the pilot light.

A loss of pressure in the boiler can be a signal of a problem with your heating system itself. You can easily review the pressure of your boiler by looking at the gauge and ensuring that it’s over 1. If it’s not, then there’s a problem elsewhere inside of your heating system which really needs to be investigated by an authorised boiler engineer.

6. Issues With The Thermostat 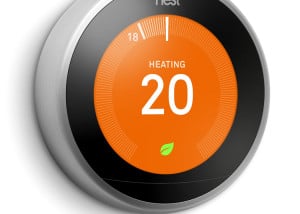 The above issues are the main ones that our heating engineers are called for. If you’re in any doubt at all then it’s much safer to contact an authorised heating engineer who is on the Gas Safe register to take a look and advise you.

If you do have a problem with your boiler and want a 24 hr boiler repair then phone our Leeds office and schedule a call out with one of our local 24 hr emergency boiler repair engineers.

Phone Us Now To Get A Free No Obligation Quotation

Other areas near Leeds we cover include: